The roots of Netretail Holding Group date back to the year 2000, when our first shop, www.bilezbozi.cz, was launched in Prague, Czech Republic. It became a truly legendary shop with kitchen appliances in the Czech Republic, mainly for its unbiased customer service it offered.

Shortly afterwards, we launched additional shops with other mass consumer items. We have ventured into DIY, petfood, sport and fashion. Our Czech venture has gained the status of the pure play market leader, a position that has continued to strengthen over time.

We launched our shops in Slovakia and Hungary in 2005 and Poland in 2006 and Germany in 2007. We divested Germany in 2011, and refocused ourselves in CEE. We acquired Slovenian market leader later in 2011 and we are actively looking for opportunities to grow our business both organically and through partnerships.

Naspers is a South African multinational mass media corporation headquartered in Cape Town with principal operations in internet services; pay television (direct-to-home satellite services, digital terrestrial television services and online services) and print media. With a market capitalisation of over $66 billion it is the largest company in Africa. 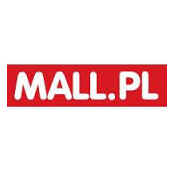 In total 6.000m2 with ultra modern IT infrastructure.

Fill in the form below.